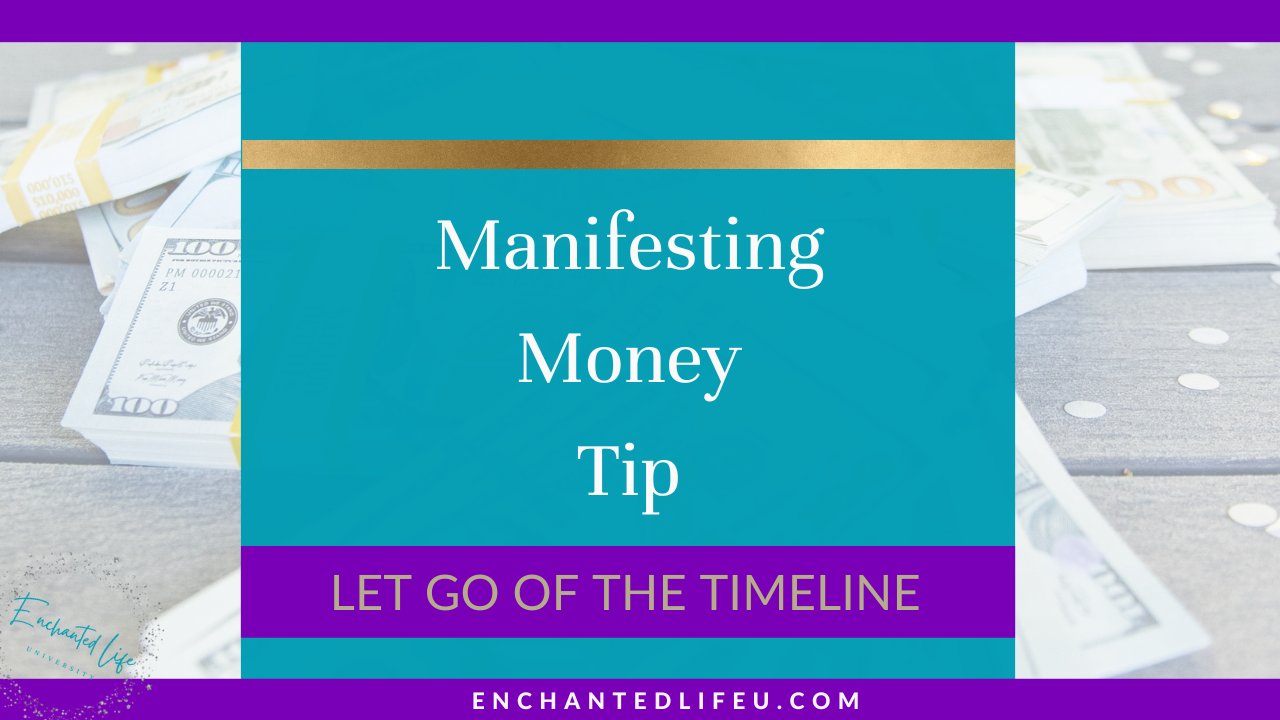 Have you ever heard you should put a date you want your intention to manifest by? It’s pretty common for those starting out using the law of attraction to get this advice. It’s not wrong, but it often gets in the way of people manifesting what they want.

As a coach, I do tell people at the beginning of my program to intend and use a timeline. For example, we set the intention when someone first starts going through the Manifest $10K Pre-Work that $100 shows up in the next 5 days. I do this for a few reasons. 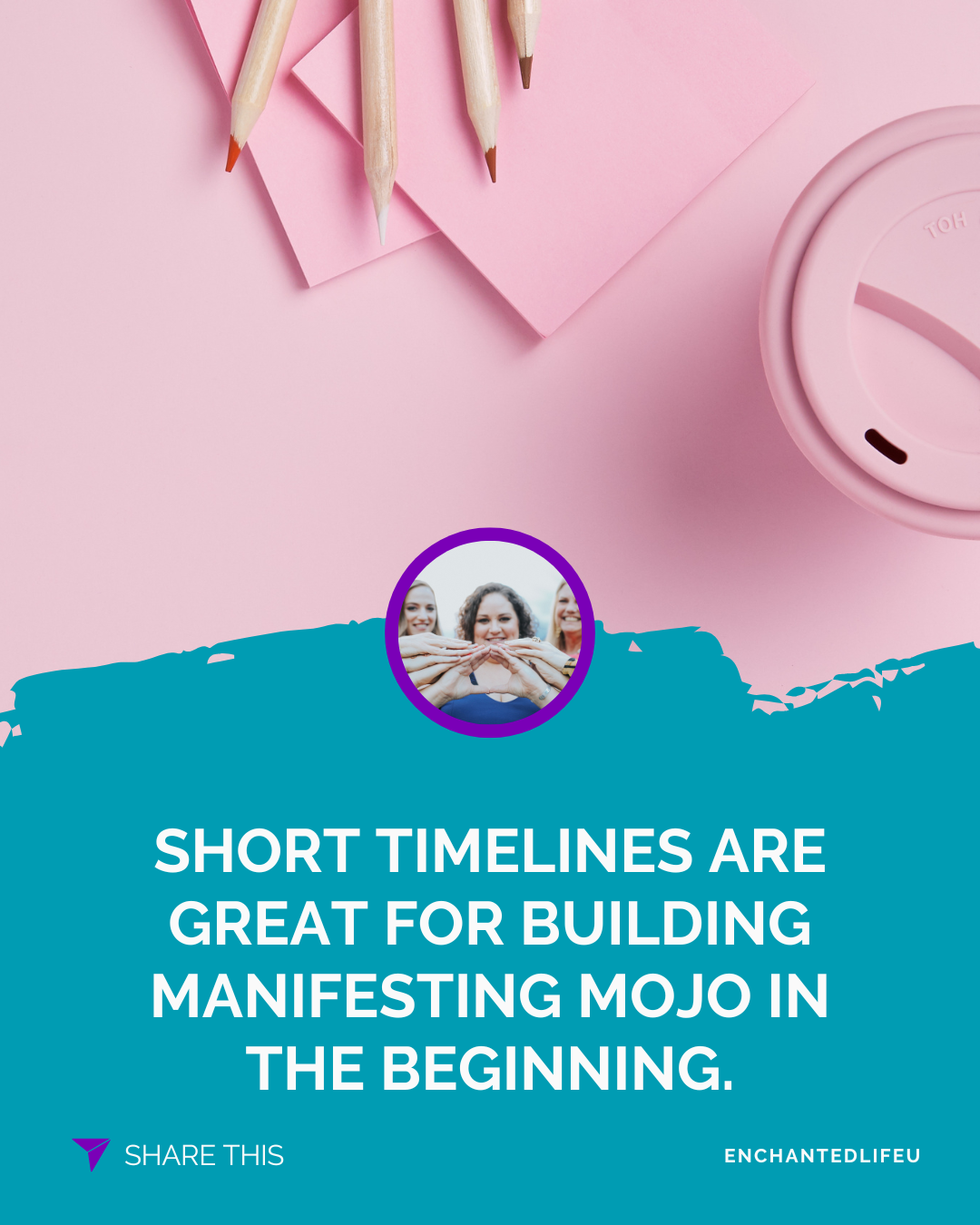 Short timelines are great for building manifesting mojo in the beginning, when you’re starting out and just learning about the power of leveraging the law of attraction. However, the bigger your intentions, the more timelines have the possibility of getting in your way. When you set bigger intentions with timelines and the Universe misses the delivery date, you can: 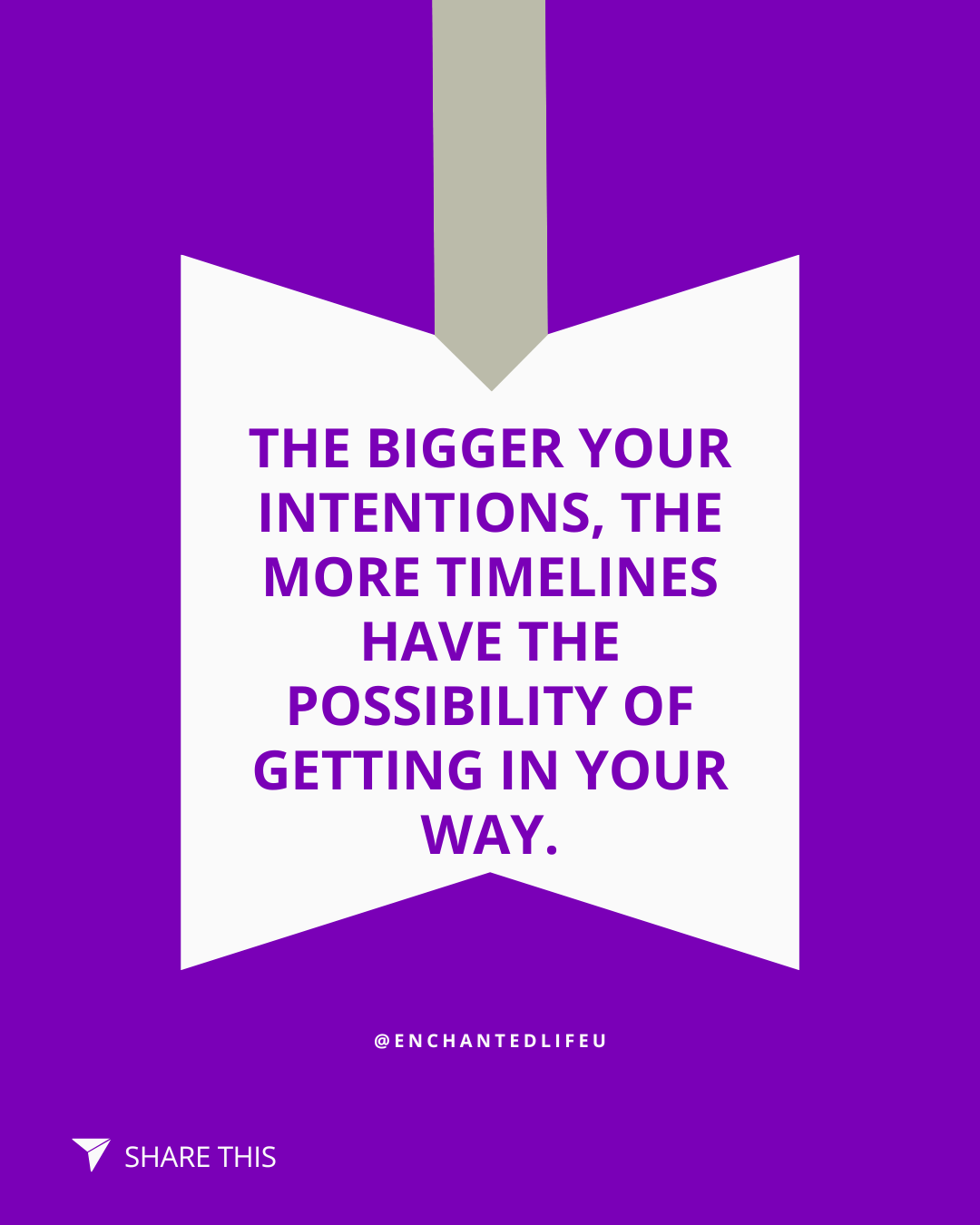 None of those things get you manifesting faster. In fact, once you start looking for what you did wrong, you’ve completely shifted your focus and are likely to create things you’re doing wrong.

A few years ago Anita started Manifest $10K. At the time, it was a 90 day program. So everyone assumes they should manifest $10,000 in 90 days, eventhough I don’t say to set that timeline anywhere. As she approached the 90 day deadline, she’d manifested about $2000. $2000 was more than she’d manifested the 90 days prior to starting, but Anita was frustrated because she felt like she was failing at manifesting.

We did a coaching session on this so that Anita could open up and see that she was manifesting money, and more importantly her thoughts, beliefs and how she felt about money were changing. Once she could see how much had shifted and that she had more money than before everything shifted.

Money continued to flow into her life. Only two years later she manifested $10,000 multiple times, and her manifested total was over $181,000. In addition to all the money she’s manifested, her relationship with money is easier. It flows into Anita’s life with less stress and more ease.

Why you manifest bigger things when you let go of the timeline:

Wouldn’t it be awesome to be more excited about your future than your current results?

What if you could let go and allow the good stuff no matter whether it comes on your timeline or not? This is part of getting into the magical sweet spot of manifesting. If you’re looking to manifest big amounts of money or anything else big in your life, let go of the timeline. When you let go of the timeline, you open up more space for the Universe to do its magic.

This interview takes place about a month after the coaching session with Anita mentioned above. Click here to listen to all the good stuff happening in her life that isn’t tied to a timeline.