Living As If Law of Attraction 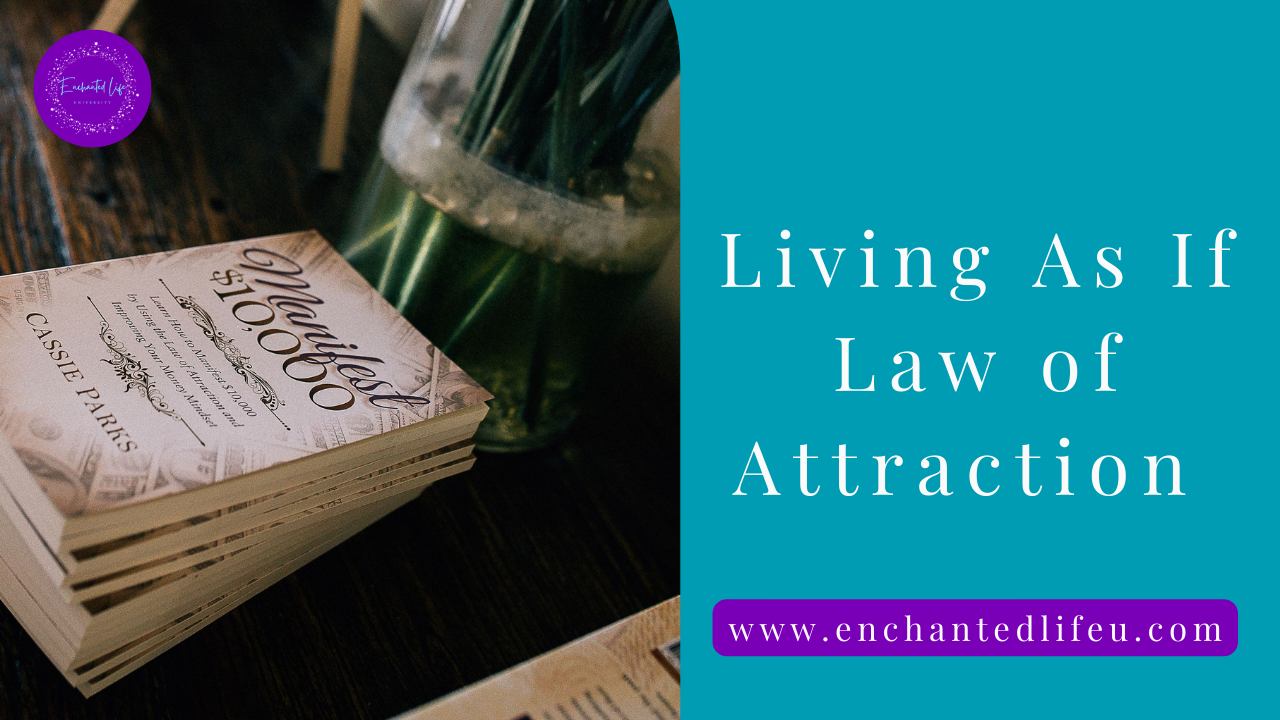 Living as if is a law of attraction and manifesting term that gets used a lot, but sometimes it's hard to understand what it is. Below is an excerpt from an interview with Anita on Manifesting Success Stories where she talks about this. Here's what she said:

"I already knew about law of attraction before, and I have manifested some pretty awesome stuff in my life, but I knew I could use a lot more help and get more specific and needed some individual, I guess, pointers. And Before I didn't realize the whole living as if thing that wasn't a part of it. I was pretty good at visualizing and repeating affirmations, but I wasn't necessarily living as if like I am now."

She shares an few examples about how she's been able to implement that?

"The last few months I've been going to this beauty school in downtown Denver and getting facials every, at least every couple of weeks. Which has helped me kind of get into that zone of pampering and having the funds to do so."

"And it's a lot more affordable than going to a regular spa, but I feel like it's still magical. So that's one example.

And then I don't know, probably being a little bit more free with money,less concerned about how much I have and where it's going to go. And if there's going to be enough now I just kind of operate like, of course it's going to be fine. I made it this far. I definitely can do it without the stress.

You can listen to the full interview here.