How To Get More Out Of Life 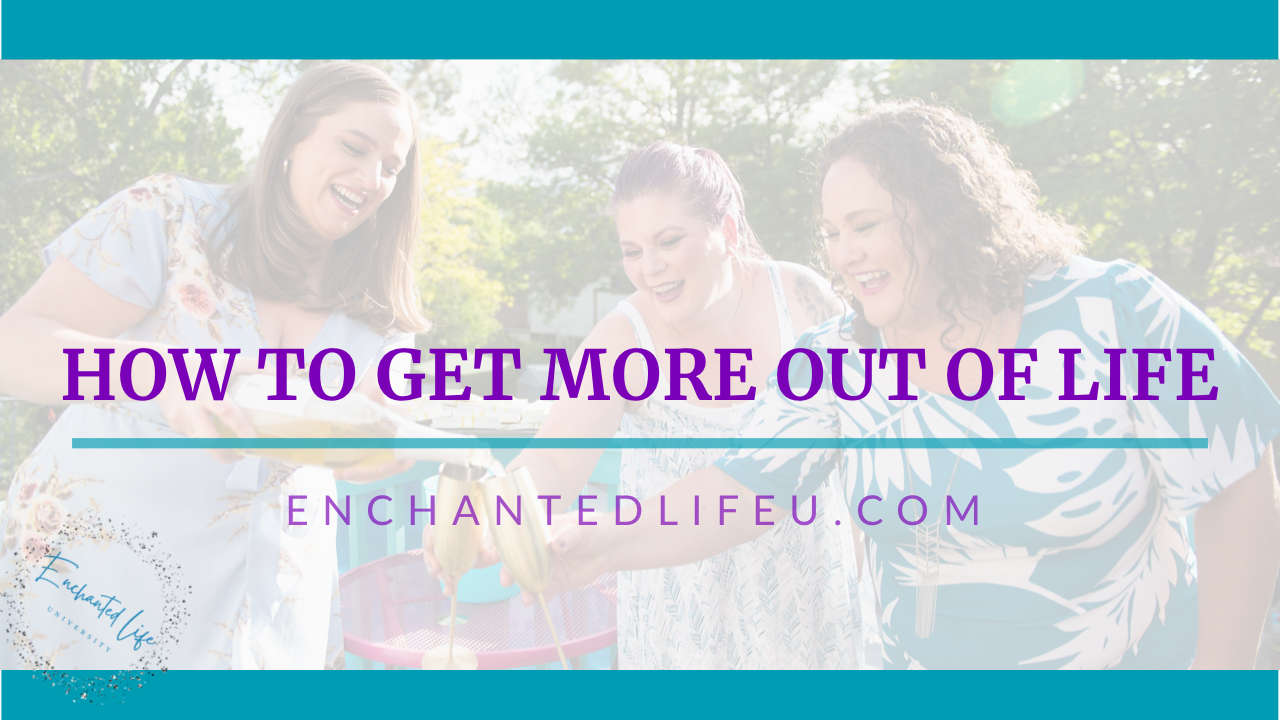 Are you a pretty happy go lucky person, and you just think that life is what it is?  Underneath that happy go lucky persona, you really want more out of life, but you just don’t know how to get it.  You tell yourself that if you just keep being positive, good things could maybe happen.  Just be grateful for all that you do have while you’re waiting for more to come your way.  What if life could be better and you could have more of what you wanted? 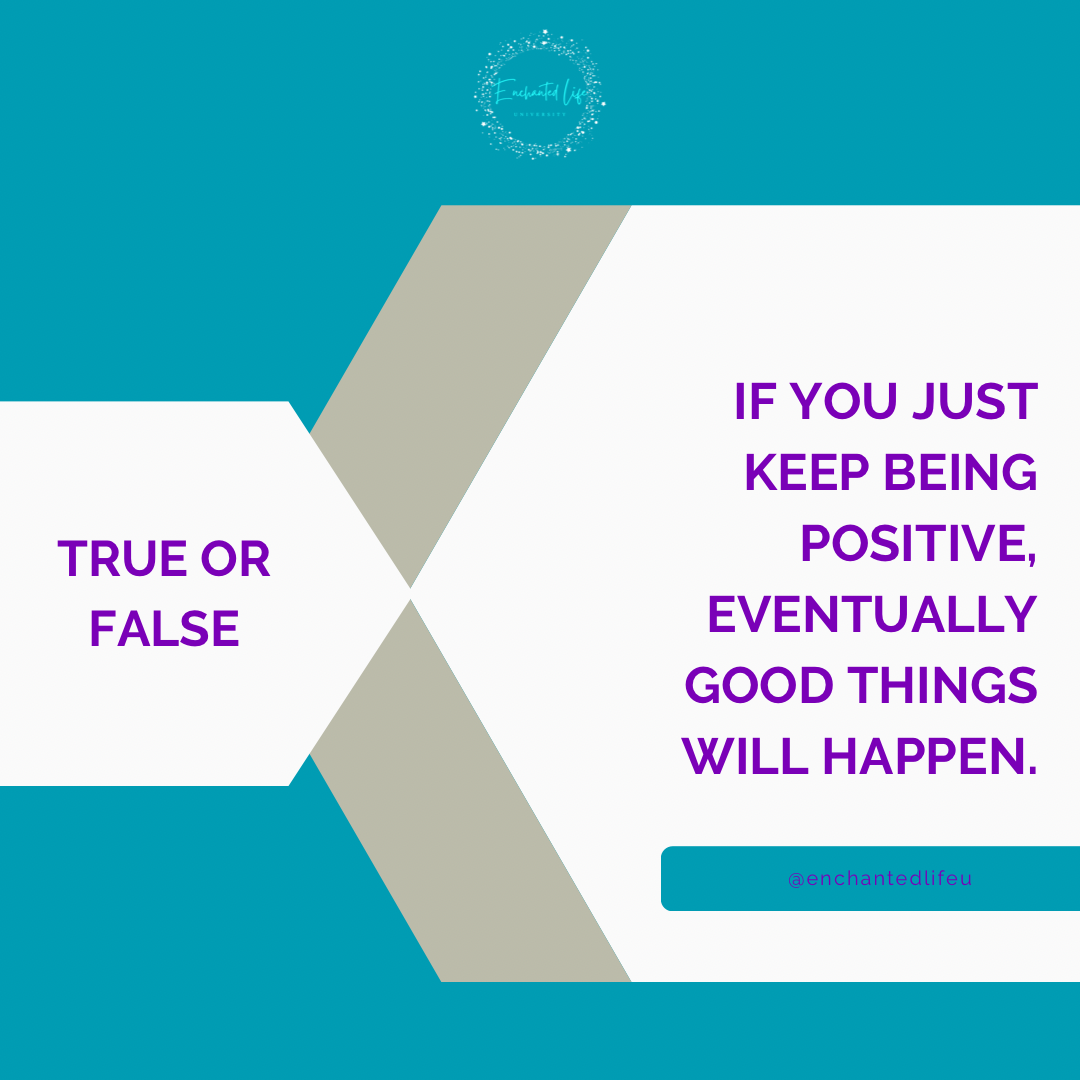 I used to consider myself a pretty positive person, I mean if I kept being positive, eventually good things had to happen, right? I kept telling the Universe all that I was thankful for, thinking that it knew I wanted more good things to come my way.  I wanted more, but I didn’t know how to ask for it, other than being thankful.  I mean how could I ask for more of what I wanted if I wasn’t being grateful for all that I did have?

In all honesty, I wanted more, but I was afraid to ask!  There are so many reasons you could be afraid to ask for what you want, and I’m here to tell you today, those reasons don’t really matter.  You might think they do, but they don’t.  If you want to get more out of life, you have to ask for it!  It’s that simple. 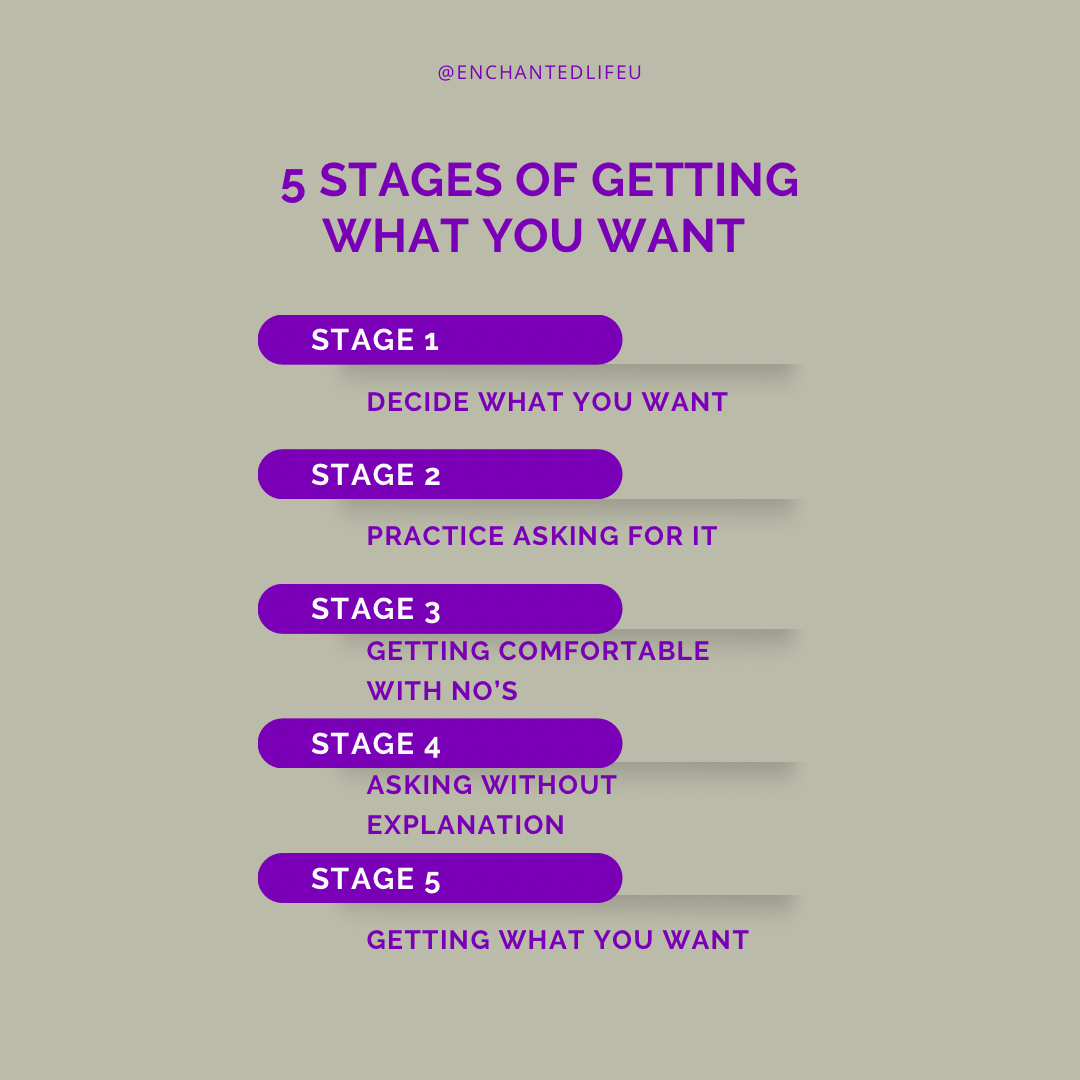 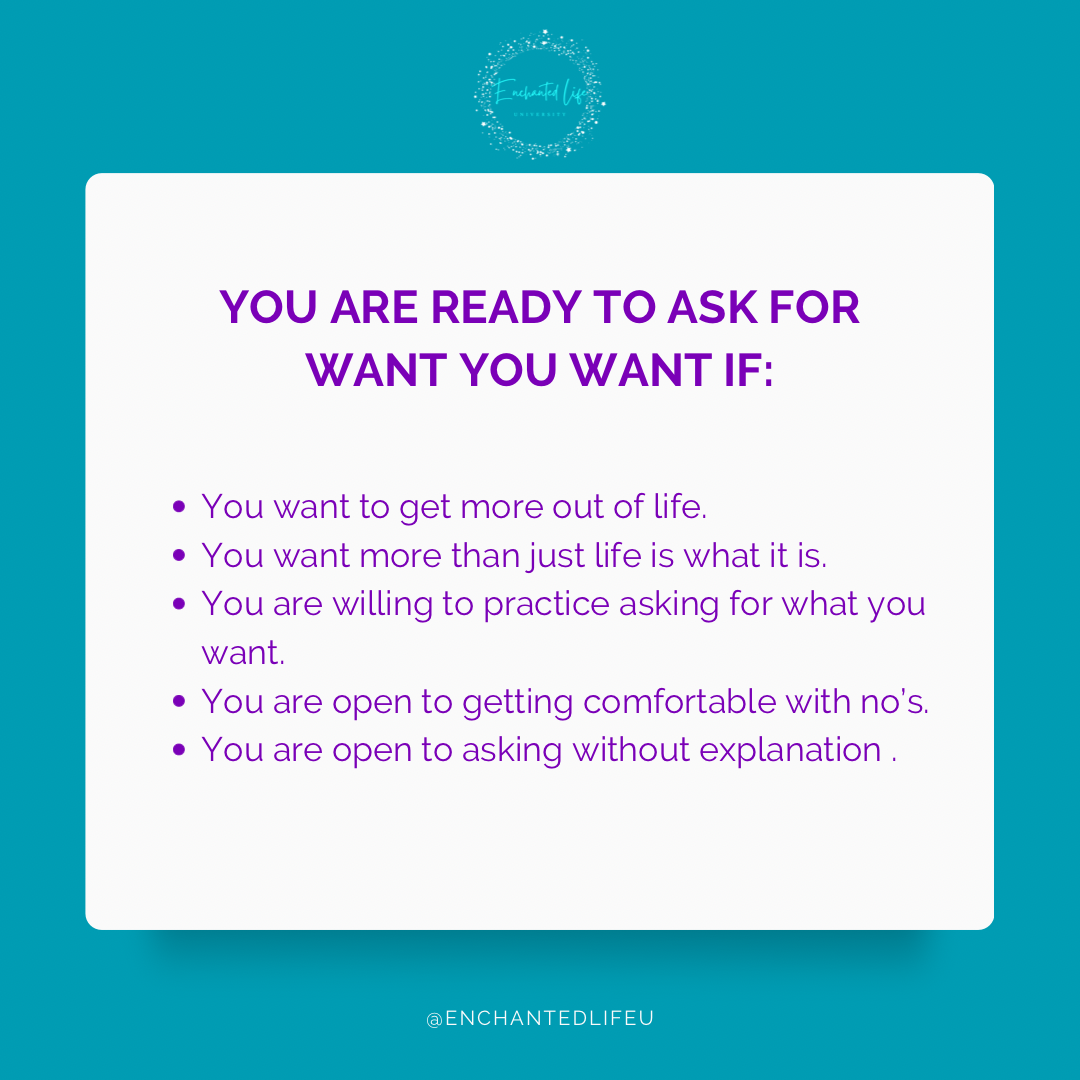 How to practice asking for what you want: 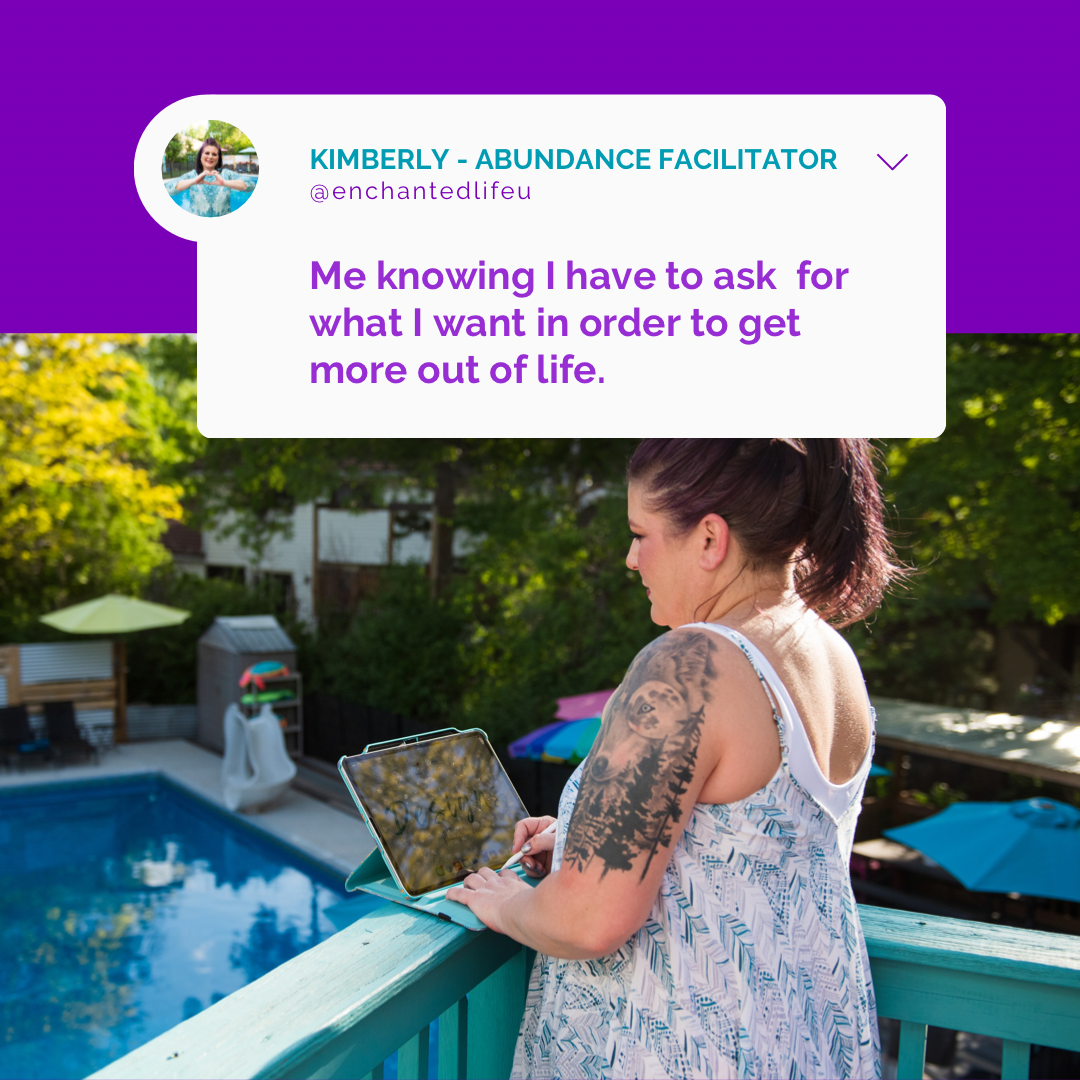 One of my favorite stories about getting what I ask for is about my iPad Pro.  I told my husband I wanted the New iPad Pro, and he told me to manifest it.  That in my mind was my “no”.  I had all the reasons why I wanted it, and I really wanted to justify all the reasons, but I didn’t say anything.  I let it go for the time being, knowing that I still wanted it.  Then one day we were at Target and there was a salesperson for AT&T wireless.  To make a long story short, they had the newest iPad Pro, and I just asked my husband if we could add it to our new cell phone service.  To my surprise, as I was still learning and practicing asking for what I wanted, he said yes!  I got what I wanted, and it really was as simple as just asking for it.

When I found Manifest $10,000, I thought, well, $10,000 will definitely change my life.  By going through the program and doing daily assignments, my life did begin to change.  I was getting more of what I wanted. Things I had dreamed of for years, but was too afraid to ask for.  Now I know that life can be better, and it just keeps getting better and better.  The program was amazing, yet the best part was that it came with a coach. 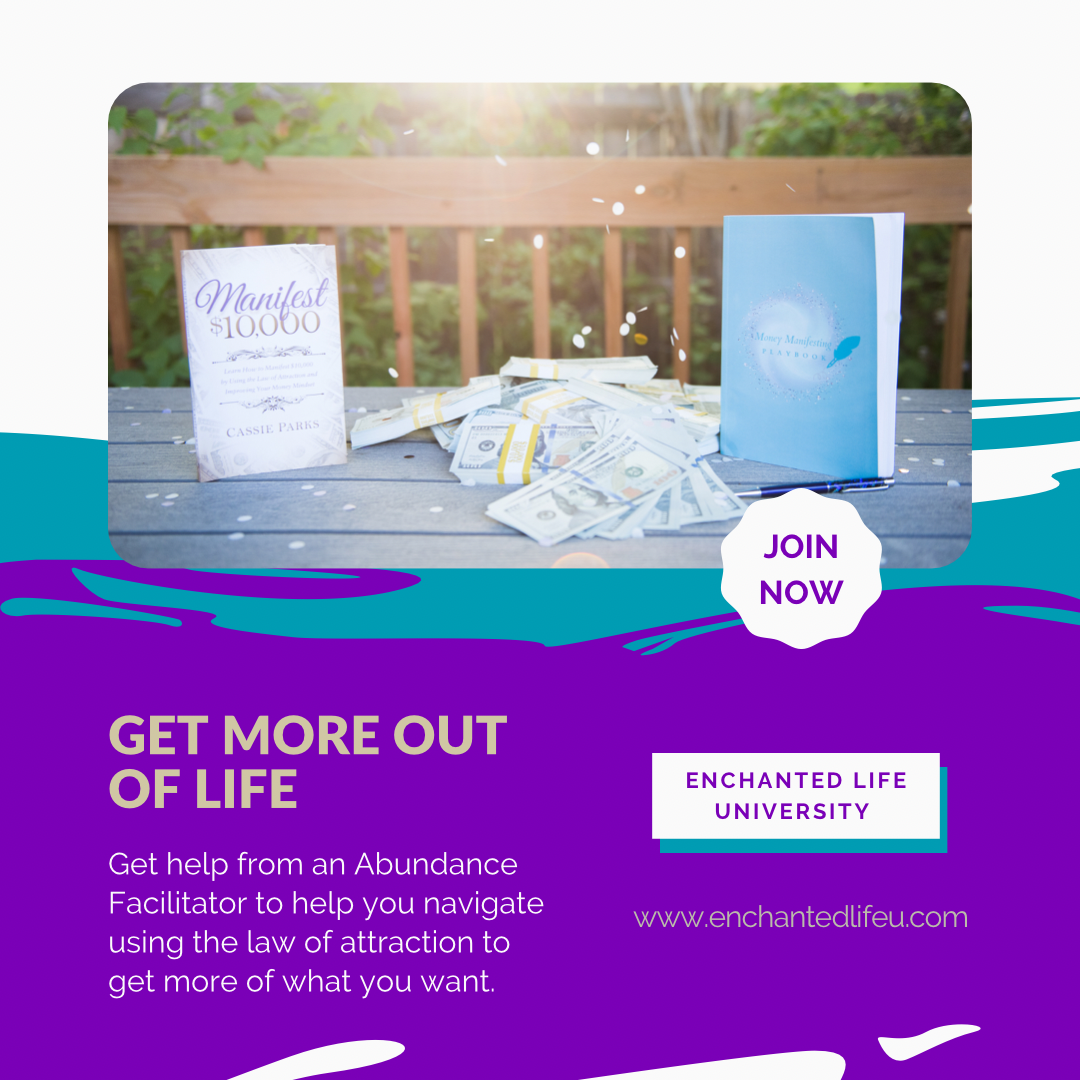 Are you ready to get more out of life and ask for what you want?

Get help from me, Kimberly, or another Abundance Facilitator to help you navigate using the law of attraction to manifest more money and create a life of abundance. You can manifest first and pay after with our Pay After You Manifest Program. Click here to learn more.